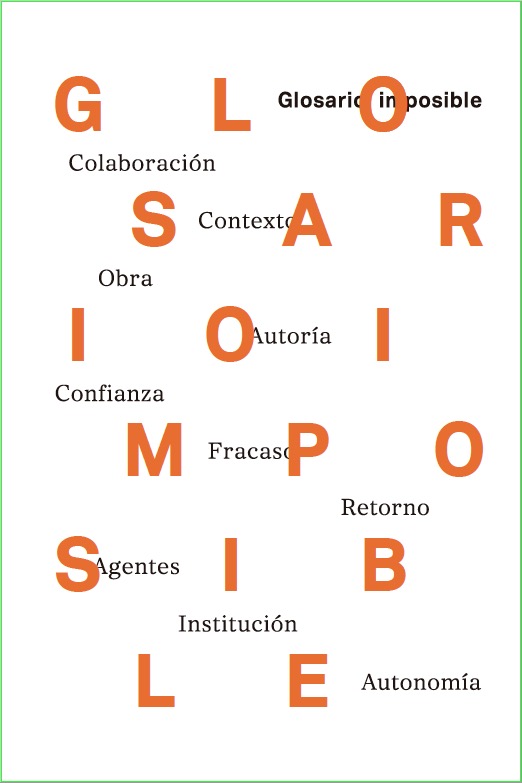 Read Download
This publication joins other glossaries and dictionaries such as Subtramas’ Abecedario anagramático (Anagramatic ABC); Toward a Lexicon of Users, edited by Stephen Wright for the Van Abbemuseum on the occasion of Tania Bruguera’s Museum of Arte Útil; and the glossary of common knowledge, co-edited by the Museum of Modern Art plus Museum of Contemporary Art Metelkova (MG+MSUM). These last two arose within the framework of the European project l’Internationale. But this publication also contributes an important processual component by characterizing itself as “impossible.” The intention of this book is that the more than thirty voices contained herein would faithfully reflect the discursive discrepancy surrounding this subject.

Available in English and Spanish
Proceedings
Reports
Published in: 2018
ISBN: 978-84-697-9168-4
Published by
With the collaboration of
Activities