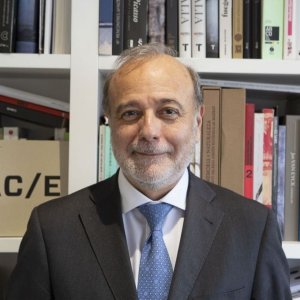 Doctor of Sociology. Professor of Sociology at the Complutense University of Madrid. During the legislatures VIII, IX, X, XI and XII he was a deputy for Malaga in the Congress of Deputies.
President of the Education Commission, Vice President of the Constitutional Commission and Spokesman of the Committee on Culture of the Congress of Deputies. He was also Member of the Subcommittee for the elaboration of a Statute of the Artist and Speaker of the Bill of Intellectual Property.
Between 1997-2000 he served as director of the San Juan Evangelista University College and is the author of two books, and numerous academic and opinion articles.
Read moreRead less 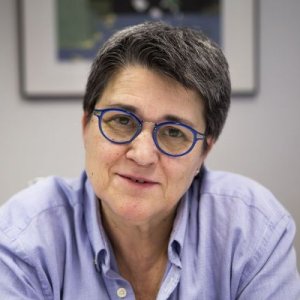 She studied French at the Universidad Complutense in Madrid. A cultural management professional with more than 30 years’ experience, she began her career in 1982 as a manager of major theatres such as the Lara de Madrid. She combined this activity with what would be her profession for many years, being in charge of producing different stagings and tours under the direction of Manuel Canseco, José Osuna, Miguel Narros and Emilio Hernández, among others, for successive editions of the Veranos de la Villa programme of summer events and the Almagro, Sagunto and Mérida festivals.
In 1988 she set up her own company, producing cultural projects and events of different kinds such as general meetings of financial and business institutions. After becoming director of Production of the International Festival of Mérida in 1990, she worked on different independent productions, prominent among which was La Fiesta Barroca, organised as part of the Madrid Capital of Culture events. In 1995 she was appointed Director of Production of the Compañía Nacional de Teatro Clásico directed by Adolfo Marsillach.
In 2005, after serving in the Department of Culture of the regional government of Castile-La Mancha, she joined the Sociedad Estatal para la Acción Cultural Exterior, S.A., SEACEX, occupying the post of Director of Projects and Coordination until the merger and creation in December 2010 of the current Sociedad Estatal de Acción Cultural.
Read moreRead less