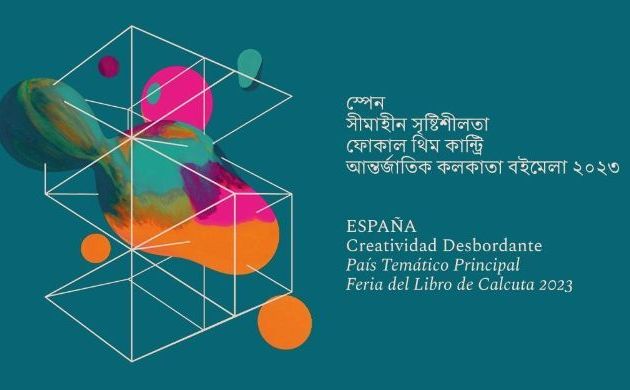 Spain is the guest country at the 46th Calcutta International Book Fair (Antarjatik Kolkata Boimela / Antarjatik Kolkata Pustakmela), which will be held between January 29 and February 9, 2023. An important opportunity to make writers known and Spanish publishers in Asia and around the world. The Calcutta International Book Fair is the most visited in the world. According to figures from the last edition, more than 18,000,000 people visited it in 2022. It is the largest and most attended non-commercial book fair in the world and the largest book fair in Asia.

The Indo-Hispanic Academy of Language, official coordinator of the Calcutta International Book Fair for Spanish-speaking countries, has played an important role in the election of Spain, which is expected to play a leading role in this important literary event. This is the second time that Spain is the guest country. The first was in 2006.

The Calcutta International Book Fair began its history in 1976 when the publishers' guild, the 'Publishers and Booksellers Guild', took charge of its organization for the first time. Since 1991, the Fair has been organized around a central theme, like the Frankfurt Fair, and since 1997, it began to have international repercussions and, for the first time, a foreign country appeared as a guest, with France being the country chosen. year.

04 January 2023
Maintaining the motto 'Overflowing Creativity', work is already underway at the next Book Fairs in Bogotá (Colombia), Calcutta and Guadalajara (Mexico) in 2023.
Leer