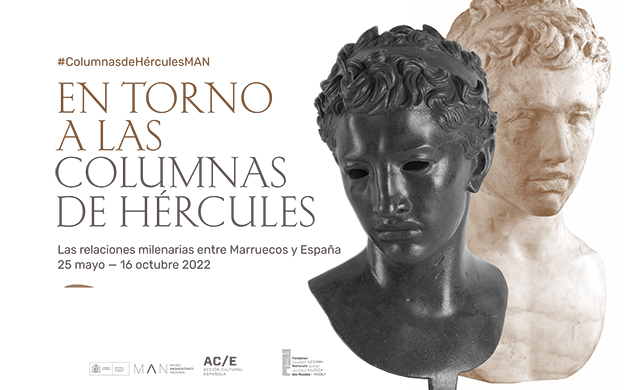 Around the Pillars of Hercules. The ancient relations between Morocco and Spain

#ColumnasdeHerculesMAN | The exhibition is organized to highlight the neighbourhood ties that have united Morocco and Spain throughout history. To this end, it brings together cultural assets from Spanish and Moroccan museums that illustrate the temporal evolution of these relationships from Prehistory to the Middle Ages.

The tour reflects the evolution of relations between Spain and Morocco over five major periods:
– Prehistory, from the origins to the end of the Bronze Age.
– The Protohistory, throughout the First Millennium a. C., with the successive influence of the Phoenicians, Punics and, finally, the Romans.
– The Roman era, in which Spain and Morocco were part of the same empire.
– The Middle Ages, in which the Iberian Peninsula became part of the Islamic expansion into the Mediterranean.
– Present and future of the relationship between both countries.

The Exhibition concludes in the transition to the Modern Age when these relationships are altered by changes derived from the discovery and subsequent Spanish expansion throughout America and the Pacific, as well as by changes that are in parallel to the greater involvement of Spain in Europe as a result of the dynastic change that supposed the advent of the throne of the unified peninsular kingdoms by the Habsburgs.

As a necessary epilogue, the exhibition shows the current panorama of archaeological cooperation between Spain and Morocco in recent times, through the participation of researchers from both sides who have worked together to continue unearthing and studying the rich Moroccan archaeological heritage.
The Exhibition is curated by Eduardo Galán Domingo, Head of the Department of Prehistory at MAN, and by Abdelaziz El Idrissi, Director of the Mohamed VI Museum of Modern and Contemporary Art in Rabat. 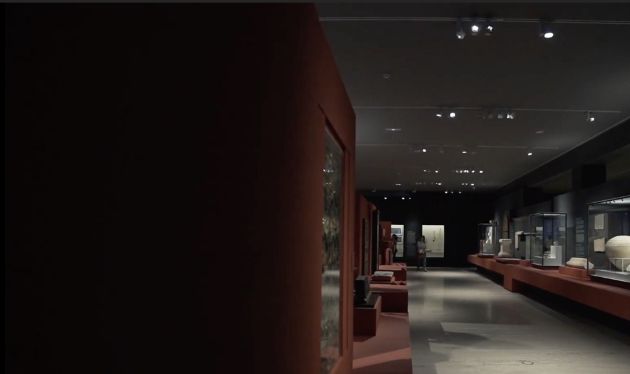 We tour the exhibition: "Around the Pillars of Hercules" at the MAN 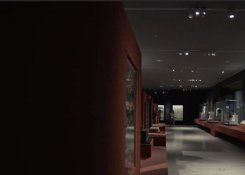 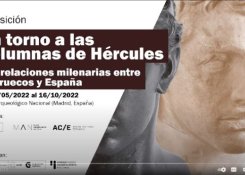 Virtual Tour: 'Around the columns of Hercules'

Morocco and Spain, "millennial neighbors" in an exhibition at the Archaeological Museum| Europapress

24 May 2022
The National Archaeological Museum (MAN) has inaugurated the temporary exhibition 'Around the columns of Morocco and Spain, "millennial neighbors" in an exhibition at the Archaeological Museum. The millenary relations between Morocco and Spain', organized jointly by both countries and which It will serve to "build cultural bridges"...
Leer

"The Columns of Hercules": the Archaeological Museum recovers in its new exhibition the intense cultural dialogue between Spain and Morocco | RTVE

The new exhibition at the Archaeological Museum shows the cultural and artistic ties between Spain and Morocco. The Venus of Tan-Tan, the portrait of...
Leer