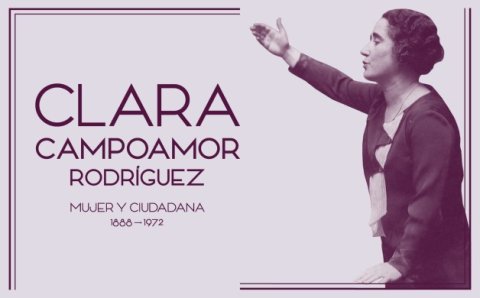 The exhibition, organized by the Secretary of State for Historical Memory, the National Library of Spain and Acción Cultural Española, aims to commemorate the fiftieth anniversary of the death of Clara Campoamor (April 30, 1972), lawyer, writer, politician and defender of the rights of Spanish women. During the Second Spanish Republic, she created the Union Republicana Femenina and was one of the main promoters of women's suffrage in Spain, which was included in the Republican Constitution of 1931 and was exercised for the first time in the elections of 1933. Because of the Civil War, she had to flee from Spain and died in exile in Switzerland.

The exhibition allows the current public to approach Clara Campoamor's life trajectory so that they can learn about her struggles, her conquests and, also, her frustrations. The tour has a double context: on the one hand, the international context of the first feminist movements that influenced her thinking, and, on the other hand, the national context that reflects the position of women in society during the years prior to the civil war. Likewise, the project tries to convey the meaning of her figure at the time, the intentional oblivion to which she was subjected during the Franco regime, and the recovery of her legacy since the return of democracy as the protagonist of the historical and democratic memory of Spain. 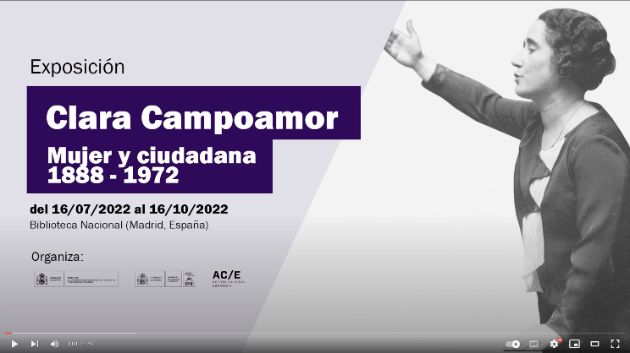 "Clara Campoamor. Woman and Citizen": The exhibition at the BNE 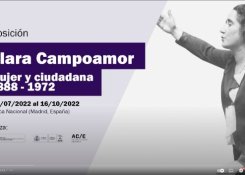 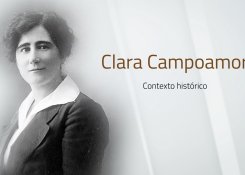 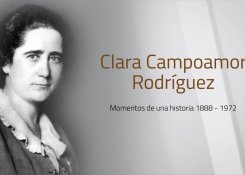 Clara Campoamor: woman and citizen, her fight for equality | RTVE.es

18 July 2022
On the occasion of the commemoration of the 50th anniversary of her death, the exhibition 'Clara Campoamor Rodríguez: woman and citizen (18881972)' opens
Leer