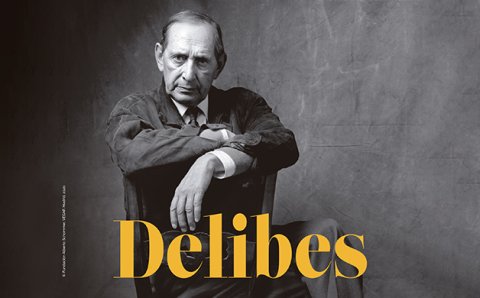 #ExpoDelibes | In 2020 takes place the centenary of Miguel Delibes Setién. Acción Cultural Española together with the National Library of Spain organize this exhibition to tribute this great writer and to claim his work and figure.

Miguel Delibes Setién (October 17, 1920 - March 12, 2010), a Spanish novelist, journalist and newspaper editor but also a Professor of Commercial Law, passionate about hunting and the countryside ... and one of the most admired and original voices of Spanish literature of the second half of the 20th century. Therefore, these were common themes in his writing, and he often wrote from the perspective of a city-dweller who had not lost touch with the rural world.

He was one of the leading figures of post-Civil War Spanish literature, winning numerous literary prizes. Several of his works have been adapted into plays or have been turned into films, winning awards at the Cannes Film Festival among others. He has been ranked with Heinrich Böll and Graham Greene as one of the most prominent Catholic writers of the second half of the twentieth century. 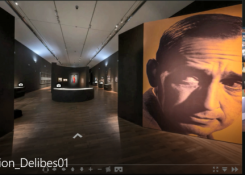 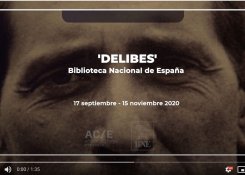 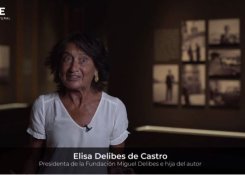 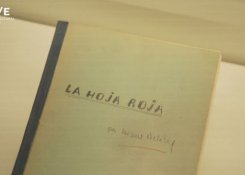 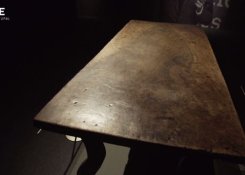 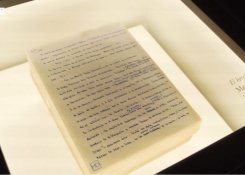 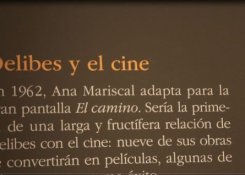 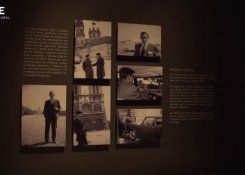 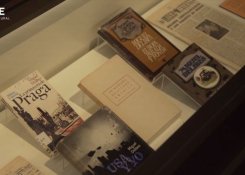 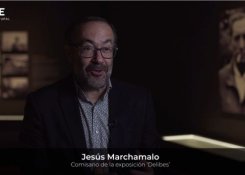 In 2020 the centenary of the birth of Miguel Delibes is celebrated, one of the most admired and original voices in Spanish literature of the second half of the 20th century. How much do you know about the author? Play with us!
Ver
Virtual

The most complete exhibition on Delibes, now in 360º gigapixel format, accessible online. The 360º gigapixel virtual tour format allows you to go through it almost “as if you were there” and explore it in millimeter detail thanks to its extremely high resolution.
Ver
eBooks

This catalogue, with abundant photographs of the life and professional career of the author, mostly from the family collection, covers the universe of Miguel Delibes (Valladolid, 1920-2010), not only in his best-known facet, that of a novelist, but also as a journalist, hunter, defender of nature or academic of the language.

Like the exhibition, and in commemoration of the centenary of his birth, this publication presents the great themes around the figure of Miguel Delibes: from Castilla, with its people and rural landscapes very present in the writer's narrative, to his relationship with the Spanish language or its defense of the weak and the oppressed, without forgetting its constant link with the world of theater and cinema.

01 February 2021
The 360-degree, high-resolution online tour allows you to have "permanent, open and quality" access from anywhere in the world to the exhaustive collections of the exhibition
Leer

06 October 2020
October 17 marks the hundredth anniversary of the birth of the writer Miguel Delibes. The National Library, together with the Fundación Delibes and Acción Cultural Española (AC / E), celebrates it with a large exhibition with more than 200 documents, some unpublished, that discover the most human side of the writer. We go through the exhibition by the hand of its curator, the writer and journalist Jesús Marchamalo.
Leer

17 September 2020
El ojo crítico - 15/09/20.Today is the centenary of the birth of Miguel Delibes. The literary legacy of the Valladolid writer is impeccable, so today we pay tribute to him.
Leer