Do you paint or draw? A survey of art through comics

Cartoon strips first arose in the late nineteenth century as a mass medium linked to the daily press and have undergone major changes since then. For a long time they belonged to the culture industries geared to children and teenagers, and enjoyed a small market share in the field of humour or satire for adults. Following the emergence of American underground comics and the popularity a few European illustrators and publishers enjoyed in the 1960s, the generation of so-called independent, alternative or avant-garde comic art made a powerful appearance in Spain in the 1980s, securing a foothold through fanzines, self-publishing and small independent publishers. In the twenty-first century came graphic novels and with them a new generation of illustrators, among whom women at long last enjoyed a growing presence, and initiatives such as the inclusion of comic books in major art museums.

But comic books cannot be limited to minority and specialist spaces and deserve to be present in all fields, in keeping with their popular origins. This is the aim of the exhibition, which opens in the spring of 2019 as part of the contemporary art and culture project Cáceres Abierto, and will subsequently travel to various Spanish festivals and cities.
Read moreRead less
Watch and listen 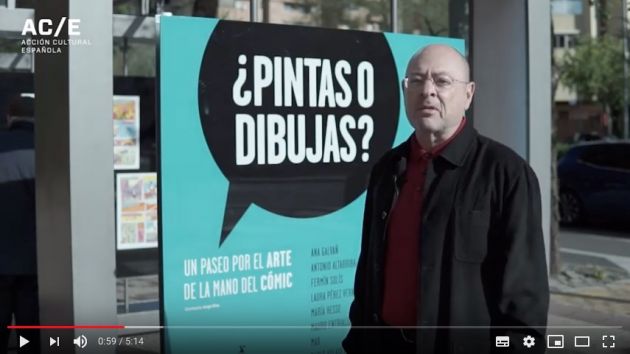 Do you paint or draw? A survey of art through comics | Youtube 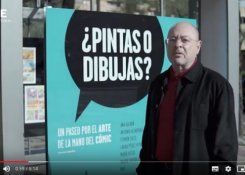 This catalogue accompanies the street exhibition that tries to approach the art of comics by the hand of a group of Spanish authors who, with a personal and diverse language, approach classical art in their works and contemporary work, among others, artists such as El Bosco, Velázquez, Buñuel, Frida Kalho, Duchamp or Picasso. The participants' views on various artistic fields are also reflected in this journey: exhibitions, museums, fairs, biennials, artists, curators, critics, institutions, public, ...
Read

01 August 2019
The graphic exhibition, with works by 11 authors that recreate great pieces of art history, will occupy the dock until September...
Leer