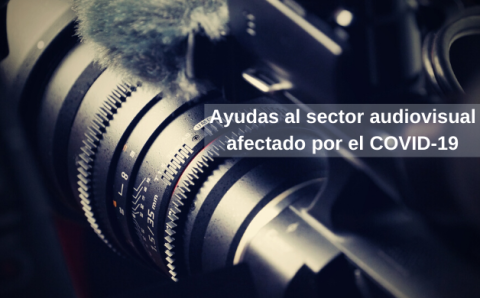 Grants for the audiovisual sector affected by COVID-19

The grants, called by Netflix, the Film Academy Foundation of Spain, the Spanish Institute of Cinematography and Audiovisual Arts (ICAA) and Acción Cultural Española (AC/E), are aimed at the thousands of workers who are experiencing an economic situation precarious and cannot work due to the cessation of audiovisual production. Netflix contributes to launching this helpline in Spain, endowing it with a million euros. They can be requested between May 14 and 29, 2020.

The creation of this helpline in Spain is part of a global Netflix initiative (announced on March 20) that allocates $ 100 million to support film and television workers. A large part of this global fund is aimed at helping Netflix productions, in Spain and around the world. The rest will be distributed to professionals in the audiovisual industry in France, Italy, the United Kingdom or other countries.​

15 July 2020
After the process of awarding the grants, the financial contributions, which amount to a total of one million euros, have been transferred to 100% of the professionals who met the requirements established in the call. In April of this year, and in view of the situation generated by COVID-19 in Spain, Netflix, Acción Cultural Española (AC / E), the Film Academy and the Institute of Cinematography and Audiovisual Arts (ICAA) joined forces in order to promote this healthcare line to the professionals in the audiovisual sector most affected by the crisis. The aid was aimed at workers in the artistic and
Leer