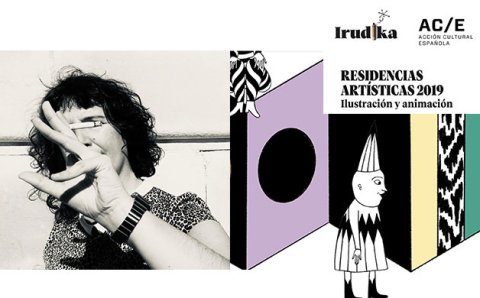 During it, Raquel Meyers developed a personal animation project that consists of a short film of 20 to 60 seconds.

‘Inattention’ is a #Teletext based animation made by Raquel Meyers at the Residency Irudika 2020 and, it was finished in confinement on May 3, 2020, in Angoulême.
Watch vídeo in Youtube>

Raquel Meyers (Cartagena, 1977) is an artist who defines her practice as expanded typing (KYBDslöjd) which consists of text characters and reticles becoming a brutal language, a tacit form of knowledge without immediate satisfaction. Her work aims to be a challenge against passivity, boredom and simplicity with technologies of the past such as C64, teletext and the typewriter.
Since 2004 his work has been shown in art centers, galleries and festivals such as LABoral, Transmediale, Xpo Gallery, Ars Electronica, Vector Festival, La Casacend, IVAM, Matadero, BilbaoArte, iMAL, Liste Art Fair Basel, The Wrong, La Gaîté lyrique, Tokyo Blip Festival, Square Sounds Melbourne, VISION'R, Mapping, Cimatics, LEV, MFRU, BEK, Haus der Kulturen der Welt, MID_E, among others.  See full CV >
Read moreRead less
Watch and listen 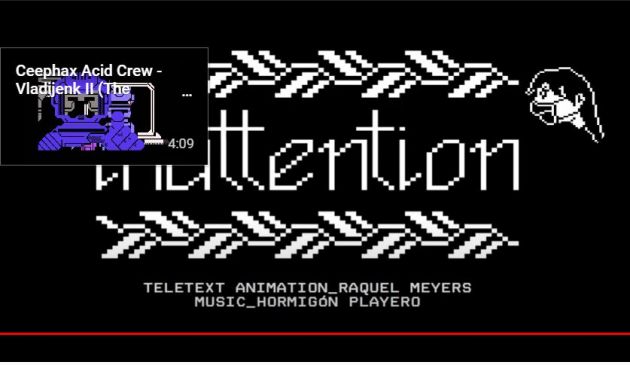 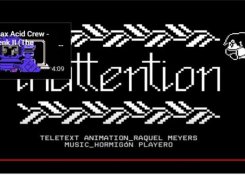