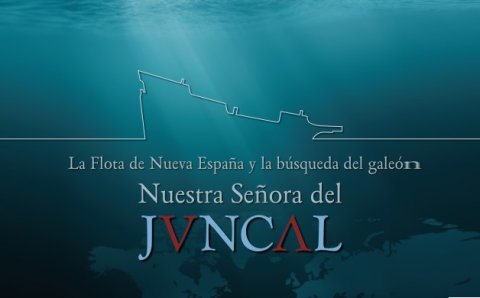 On November 1, 1631, the Spanish galleon Nuestra Señora del Juncal ended up sinking in the Gulf of Mexico after fighting for 16 days for its own survival. Of the three hundred crew members of her, only 39 managed to return to the coast alive, although luck had a lot to do with the future of those who were on that ship.

Almost four hundred years later, Spain and Mexico launched a joint archaeological campaign in 2020 to continue locating the remains of the ship, one of the two flagships of the New Spain Fleet. Its results, together with works and documents of the time, can be seen in this great exhibition at the General Archive of the Indies, the first of its kind, organized by both countries.

The exhibition will later travel to various venues in Mexico.

This publication accompanies the exhibition "The Fleet of New Spain and the search for the galleon Nuestra Señora del Juncal", held at the General Archive of the Indies between November 29, 2021, and April 17, 2022. Its pages allow us to make a journey from construction to sinking, and the subsequent search for what was the flagship of one of the most important fleets of the seventeenth century, the New Spain Fleet. The galleon Nuestra Señora del Juncal had a particular life. Without this being the objective of its creation, it came to direct the fleet, and thus it exercised this role until its shipwreck and sinking in November 1631, somewhere in the Sonda de Campeche, in the Gulf of Mexico, when the fleet departed back to Castilla.