Between September 2017 and the beginning of 2018, several Portuguese cities are hosting another edition of Mostra Espanha, an event organised by the Spanish Ministry of Education, Culture and Sport to promote Spanish creators in Portugal, the leading consumer of Spanish culture in the world. The aim of the Mostra is to establish links between Spanish and Portuguese cultural institutions and, above all, artists and creators.

As in the previous edition, on which AC/E also collaborated, the opening ceremony will take place at the Museu Nacional de Arte Antiga in Lisbon (MNAA), which in previous editions has shown paintings by Francisco de Goya (the portraits of Charles IV and Maria Luisa of Parma) and El Greco (The Holy Family with Saint Anne). This edition the "obra convidada" is "A Sybil" (ca. 1632) by Velázquez, in the collections of Museo del Prado.

The painting depicts one of the sibyls, whom Greco-Roman mythology assigned divinatory powers. Adopted by Christian thought, they were considered to have foretold the coming of Christ. In that sense, the object she holds would have been used to represent her premonitions. The present work’s technique and palette are related to paintings that Velázquez made in the early 1630s. The first known reference to this work dates from 1746, when an inventory of paintings at the La Granja Palace was drawn up. More info >

This programme run by the MNAA is intended to make known works by great masters of western painting from prominent museums and collections but rarely exhibited in Lisbon. The Metropolitan Museum and the Frick Collection are some of the institutions that are taking part.
Within: 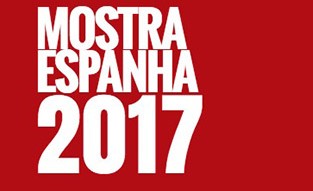