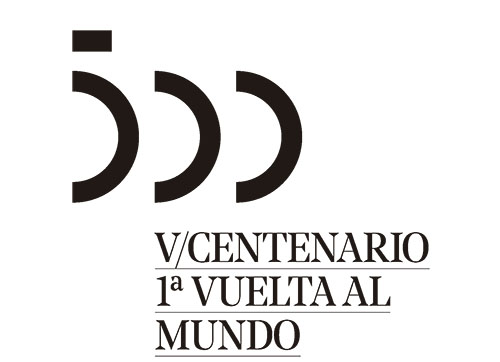 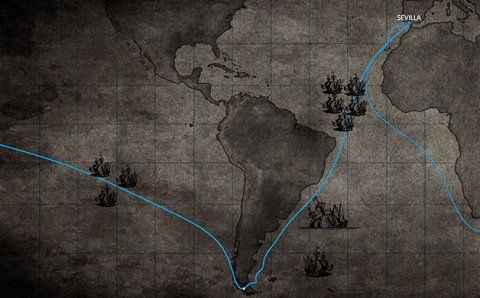 Commemorations
01 January - 31 December 2019
#Vcentenario | In 2019 and 2020 Spain is celebrating the 5th centenary of the first circumnavigation of the Earth made by Ferdinand Magellan’s and Sebastián Elcano’s expedition. The centenary, designated an event of public interest by the Spanish government, features an activity programme devised by a committee belonging to the Ministry of Culture. Acción Cultural Española is part of the committee and is organising activities in connection with this important milestone in Spanish history. One is the exhibition ‘El viaje más largo’ (The Longest Voyage), which reflects on man’s attitude to travel and the unknown and connects the first circumnavigation of the Earth with the individual challenges of the present and the collective challenges of the future.

On 10 August 1519, 250 men set sail from the port of Seville aboard five ships called Santiago, San Antonio, Trinidad, Concepción and Victoria. The expedition, known as ‘the Armada of the Moluccas’, was led by Ferdinand Magellan and its aim was to find the unknown passage between the Atlantic and Pacific oceans and reach the Spice Islands (as the Moluccas were then known) by sailing westwards. The expedition sailed along the Atlantic coast of South America as far as the unexplored southernmost tip, discovered the legendary passage between the two oceans, crossed the Pacific for the first time in history and reached the Moluccas, its intended destination. By that time the captain had died, more than two-thirds of the crew had perished and three of the five ships had disappeared. Only one ship, the Victoria, set out on the return journey across the Indian Ocean. The other, the Trinidad, attempted unsuccessfully to return via the Pacific route. The Victoria sailed nonstop for months along the route of the ‘roaring forties’, around the Cape of Good Hope, up the Atlantic and, after making a short, dramatic stopover at Cape Verde, finally reached the port from which it had departed: Seville. Only 18 men remained. The Victoria had completed the first ever circumnavigation of the Earth.

The first voyage around the world is possibly the greatest maritime adventure of all time, a technical and human feat whose drama is beyond the imaginable, but above all – and this aspect is often eclipsed by the sensational adventure – it is a key event in history, the epilogue to a series of ocean voyages that set off from the Iberian Peninsula and revolutionised human knowledge, laying the foundations for the modern world.

On returning to its starting point after sailing westwards, the Victoria connected the great oceans of the Earth; it completed the picture and dimensions of the Earth and made mankind aware of the planet we live on. Thenceforward frontiers would be different.

The first voyage around the world is the symbol of a period in which man’s will, boldness and yearning to learn about the world prevailed over fear of the unknown, but it is also a symbol of what lies beyond, the attitude of men of all periods towards frontiers and the challenges of exploration. The first voyage around the world is in itself a metaphor of all voyages: from the major collective challenges to minor individual challenges.

> See ebook: "The Around-the-World Voyage of Magellan and Elcano​" 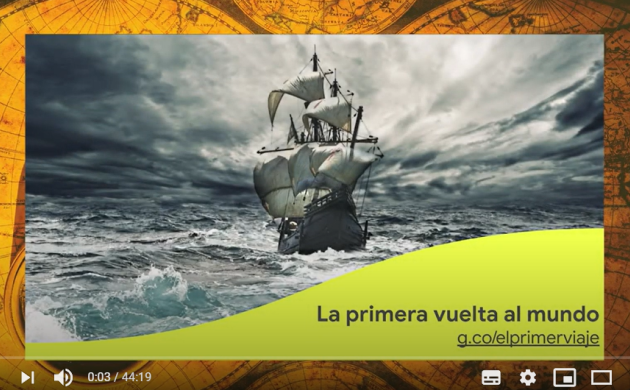 Opening of "The First Journey Around The World" — Google Arts & Culture 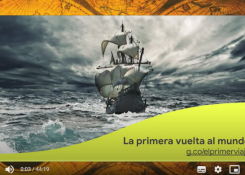 Biba Chamoru: The Marianas and the Chamorra culture

This exhibition is a unique opportunity that presents in Spain the history and cultural richness of a remote and little-known enclave but with which, nevertheless, there are very close links, as can be traced by the footprint left by Spanish culture in its identity.The exhibition proposes a journey through the main historical periods of the island, to then delve into
View Activity
Heritage / History

#ElViajeMásLargo #VCentenario | "The Longest Voyage: The First Journey around the World" is an exhibition and documentary programme that reflects on the attitude of man before a long trip into the unknown. It connects the first circumnavigation of the Earth with the individual challenges of the present and the collective challenges of the future. The project begins in 2018 with the
View Activity
Visual Arts / Architecture / Design

"The Longest Journey" is an exhibition and documentary programme that reflects on the attitude of man before a long trip into the unknown. It connects the first circumnavigation of the Earth with the individual challenges of the present and the collective challenges of the future. The project began in 2018 with this exhibition following the steps of Magallanes and the
View Activity
Music

The music and dance show "Gugurumbé The black roots" brings together works by Mateo Flecha, Xavier Montsalvatge, Gaspar Fernández, Santiago de Murcia and the Codex Trujillo, among others, on the occasion of the V Centennial of the first round the world trip. It is a production of Accademia del Piacere / Alqhai & Alqhai and the Granada International Festival of
View Activity
Heritage / History

On the occasion of the Centenary of the first circumnavigation of the land, the Royal Academy of Moral and Political Sciences, together with the Spanish Cultural Action, organize the celebration of a three-day meeting, in August 2019, at the UIMP, in Santander. From the Magallanes / Elcano expedition, of five ships, which left Sanlúcar de Barrameda on September 20, 1519, only
View Activity
News

Exhibition 'The longest journey: the first round the world' | RTVE

22 January 2020
Hora América on Radio 5 Interview with the curator of the exhibition 'The longest journey: the first round the world', Antonio Fernández
Leer

The first round the world, a chronicle of human pain | EL PAÍS

26 July 2019
The portrait of Magellan written by Zweig helps dismantle nationalist disputes over the trip of the Portuguese to the service of Castile...
Leer