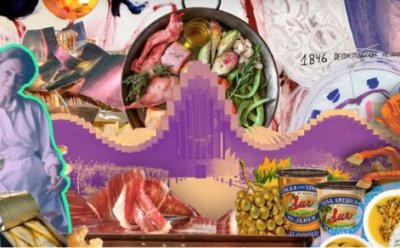 Get a taste of Spanish culinary history on Google Arts & Culture

26 March 2019
With more than 2,000 audiovisual elements and more than 60 expert voices, among which Ferrán Adrià and Samantha Vallejo stand out, the project "Spain: open kitchen", from Google Arts & Culture, becomes the show starting on Tuesday " more complete "dedicated to Spanish cuisine.

The exhibition, in which the Royal Academy of Gastronomy, the Museum of Costume and Acción Cultural Española, are collaborating, is "the first dedicated to the culinary culture of a country" and the "most complete" on Spanish cuisine as reported today in the presentation the global director of Google Arts & Culture, Amit Sood.

Users from all over the world - the exhibition will also be available in English, French and Japanese - will be able to discover "the stories behind the faces, the flavors and the cultural legacy" of Spain through the chapters "People", "The flavors "and" encounters "of gastronomy with art and culture.

Among the different contents offered by the platform, the collaboration in YouTube video format called "Unboxing with Ferrán Adrià" between the chef and four "youtubers" stands out.

Adrià, who has applauded the "bravery" of Google for "having bet on Spain", will challenge these "great creators of YouTube" to find out how their tools are used while they will challenge you to guess how they use everyday objects to explain complex theories.

In addition, users can discover the origins of the restaurant elBulli through 14 videos that include exclusive pieces of Adriá tasting one of its menus and the first images of the place captured in Super 8 by the English artist Richard Hamilton.

In another YouTube video, the chef Samantha Vallejo and the "youtuber" Kikillo, combine the past and the future of gastronomy by recreating and telling the story of three of the most well-known dishes of Spanish cuisine: paella, potato omelet and croquettes .

Another of the outstanding proposals is the interactive map that will allow you to visit the different varieties of Spanish wines and make virtual tours thanks to 360-degree exhibitions by wineries designed by famous architects such as Norman Foster or Rafael Moneo.​