With the support of AC/E, the Teatro Real is producing a music and stage version of an unforgettable episode of Miguel de Cervantes’s The Ingenious Knight Don Quixote of La Mancha based on a libretto by Manuel de Falla (1876–1946) to celebrate the 4th centenary of the death of Miguel de Cervantes.

The open performances are scheduled from 23 to 30 January 2016, and that of 29 January was live-streamed.

Manuel de Falla used to recall how, as a child, he would play at representing the adventures of Don Quixote with puppets. So when the princess of Polignac commissioned him to write a work for a chamber orchestra, it is no surprise that the composer resorted to an episode from Cervantes’s novel. The chosen fragment was the passage about the puppeteer Maese Pedro, who toured La Mancha with a puppet show that was a story of love and persecutions between Moors and Christians. And, as usual, the knight who is the main character in the novel confuses reality and fantasy and ends up coming to blows with the poor puppets. For its premiere (1923), Falla enlisted the help of his painter, engraver and puppeteer friend Hermenegildo Lanz.

Watch and listen
'El Retablo de Maese Pedro' from the Teatro Real
Within: 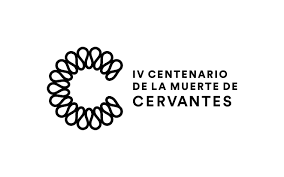