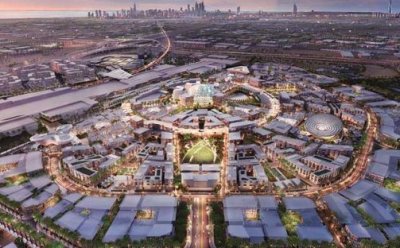 27 April 2018
After the confirmation of the Participation of Spain in Expo Dubai 2020 in February 2017, on April 13, Acción Cultural Española (AC/E) organized an open public contest to select the presentation of architectural proposals of the Spanish Pavilion at Expo Dubai 2020 .

On April 26, the jury of the contest, in accordance with the Rules, approved the selection of six finalist teams to present their architectural proposals. The teams were selected from forty-seven contestants - the largest number of participants in recent years in an Expos competition in Spain - who can then participate in the second phase of the contest. For this they will have to write an architectural design proposal for the Pavilion, from among which the Jury will choose one.

These six finalists will be able to present their proposals, under one slogan, until July 27, 2018 and the jury's decision will be issued at the end of September.

The jury of the contest that has made the selection of finalists and that will evaluate the proposals presented in July is made up of the following AC/E positions:
President, Programming Director and as coordinator the lawyer of the State of AC/E;