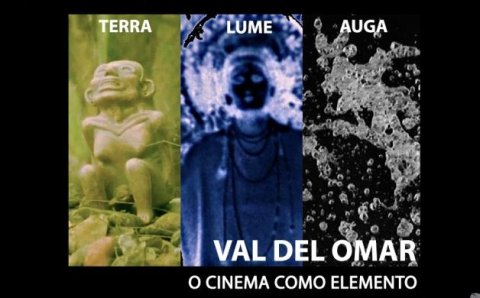 José Val del Omar (Granada, 1904) is an essential, unmatched referent in the world of cinema, not only in the context of his own country, but also at an international level. A filmmaker with a unique poetic vision, he was also an inventor, a mystic, and a man with a visionary mind. The lucidity of his creative gaze has been the object of many studies, exhibitions, and retrospectives around the world, which intend to preserve and disseminate his work. To truly understand Val del Omar, we need to recognize the place he deserves within the international avant-garde; his work needs to be approached within the framework of a broader context: only then we’ll be able to gauge the magnitude of his influence in the history of art.

“Val del Omar. Film as an element” is a programme structured around his major work Tríptico elemental de España. Our aim is to bring to light the connections between José Val del Omar’s legacy and major works of the international scene of experimental cinema through a selection of early and contemporary pieces, and recent ones that look into the future. We believe in the importance of reframing Val del Omar’s work within a wider context that accounts for his visionary, pioneer spirit. Val del Omar, who was a total artist, a poet of cinema, a visionary technician, and a mystic, is usually presented as a rare bird, a solitary sniper that managed to invent experimental cinema all by himself in his many laboratories all throughout the 20th century until his death in 1982.

The programmed highlights the formal devices put in place by Val del Omar while offering a filmic itinerary that is an invitation to explore the three elements approached in the trilogy.

17 June 2022
Suculenta Media produces the seven chapters of "Val del Omar. Ondas de fluencia", a sound documentary that delves into the valuable work of the artist from Granada to explain its foundations and the depth of his artistic proposal. With the help of legacies and relatives such as Gonzalo Sáenz de Buruaga and Piluca Baquero; researchers such as Lluís Alexandre Casanovas, Elena Duque, Cristina Cámara (MNCARS), Miguel Álvarez-Fernández and Rocío Lara; and artists such as Niño de Elche and the brothers Ángel and Antonio Arias (Lagartija Nick), we delve into the Valdelomarian universe to unravel the keys to a fascinating biography. With
Leer