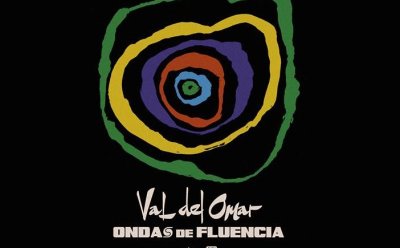 Suculenta Media produces the seven chapters of "Val del Omar. Ondas de fluencia", a sound documentary that delves into the valuable work of the artist from Granada to explain its foundations and the depth of his artistic proposal. With the help of legacies and relatives such as Gonzalo Sáenz de Buruaga and Piluca Baquero; researchers such as Lluís Alexandre Casanovas, Elena Duque, Cristina Cámara (MNCARS), Miguel Álvarez-Fernández and Rocío Lara; and artists such as Niño de Elche and the brothers Ángel and Antonio Arias (Lagartija Nick), we delve into the Valdelomarian universe to unravel the keys to a fascinating biography.

With impeccable sound design by music producer Isidro Acedo (Agorazein, Antifan, Manises...), including audio from the artist's original archive, rapper Erik Urano introduces us to the world of Val del Omar to bring him closer to the general public, always with a didactic and informative spirit. The work of José Val del Omar –artist, sound sculptor and inventor, among many other things– has continued to amplify its echo in the field of contemporary Spanish culture. Relegated for decades to its marginal zone, trapped in the contradictions of an undoubtedly complex historical context, Val del Omar is a source of inspiration for musicians, pedagogues, filmmakers and multimedia artists, who continue to find in his work an inexhaustible flow of ideas. Increasingly and better studied, increasingly recognized both in Spain and internationally, his figure transcends the profile of a brilliant visionary to settle in the territory of creation free of ties, alien to the dictates of any market and imbued with a powerful substrate humanist.

The discovery of two new films that will form part of the Val del Omar archive has recently been confirmed. Val del Omar. Waves of Fluency is an approach to this total artist, unknown to the general public both inside and outside our borders.