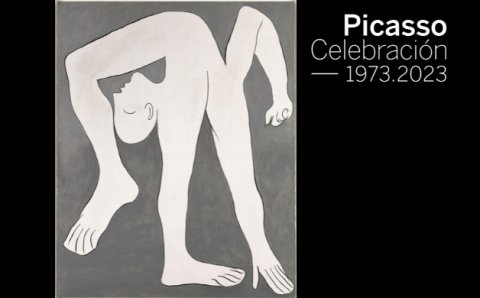 The celebration in 2023 of the 50th anniversary of the death of Pablo Picasso has given rise to an ambitious commemorative programme with an important international dimension, with exhibitions in numerous museums throughout Spain, including the Prado, Reina Sofía, Thyssen-Bornemisza, Picasso de Málaga, Guggenheim in Bilbao, and Picasso in Barcelona and audiovisual productions that bring his work closer to today's audiences.

The Picasso 1973-2023 celebration is structured around some forty exhibitions and events that are held mainly in Europe and North America. It is also an opportunity to develop a historiographical study of the approaches to Picasso's work. To coordinate the celebration, the French and Spanish authorities, in response to the commitment agreed at the XXVI Franco-Spanish Summit in Montauban (March 15, 2021), have created a specific bilateral Commission, made up of representatives of the Ministries of Culture and Foreign Affairs of both countries and by qualified personalities: Cécile Debray, the President of the National Picasso Museum in Paris, Bernard Ruiz-Picaso, the President of the Almine Foundation and Bernard Ruiz-Picasso for Art, Coordinator of the Picasso Celebration 1973-2023 for France, and Carlos Alberdi, coordinator of the Picasso Celebration for Spain.

This binational commission intends to reflect through the extensive program the figure of Picasso as a universal and pro-European artist, who embodies the founding principles of Europe, made up of democratic states, defenders of human rights and freedom of expression. His work, Guernica, has become the greatest anti-war symbol in our modern history at an international level.

The programme is organized by the Spanish National Commission for the Commemoration of the 50th anniversary of the death of Pablo Picasso, the Musée National Picasso-Paris, Acción Cultural Española, and with the support of Telefónica in Spain.

The Doré cinema, official headquarters of the Spanish Film Library, and its online channels host this film series organized in collaboration with the University Institute of Spanish Cinema of the Carlos III University. The selection of films covers the presence or representation of the figure of Pablo Picasso in art cinema; the audiovisual representations of Picasso, both in documentaries and
View Activity
Heritage / History

Dealer, gallery owner, biographer and friend of Picasso, Daniel‐Henry Kahnweiler  (Mannheim, 1884 ‐ Paris, 1979) was a transcendental figure in Picasso's artistic career, whom he met in 1907, a crucial year for both of them.Kahnweiler would become the great dealer of Cubist artists such as Georges Braque and Juan Gris, and one of the most active figures in promoting and
View Activity
Heritage / History

This international congress is the first activity to be carried out within the framework of the Commemoration of the 50th Anniversary of the death of Pablo Picasso in 2023. The title of the congress alludes to the famous graphic work of the artist Sueño y lie de Franco (1937), and investigates, from the field of cultural studies, Picasso's relationship with
View Activity
Heritage / History

Pablo Picasso and Gabrielle Chanel collaborated professionally on two occasions, both with Jean Cocteau: on Antigone (1922) and on Sergei Diaghilev's Russian ballet Le Train Bleu (1924). They met around the spring of 1917, probably through Cocteau himself or Misia Sert. The designer established a long and lasting friendship with both that would introduce her to the circle of the
View Activity
Heritage / History

Julio González, Pablo Picasso and the dematerialization of sculpture

Traditionally, the joint work between Pablo Picasso and Julio González has been considered by art historiography as the moment in which the "invention" of iron sculpture occurs and, therefore, the introduction of abstraction in the territory. sculptural However, and for the first time, this exhibition considers how this event, one of the fundamental milestones in international art of the 20th
View Activity
News

More than 187,000 people visit the first exhibitions of the Picasso Celebration | La Vanguardia

03 January 2023
Up to now, more than 187,000 people have visited the first exhibitions in Spain of the commemorative program: 'Julio González, Pablo Picasso…
Leer

'Picasso Celebration': a reinterpretation of the myth under the magnifying glass of a "little inquisition"| El Cultural

03 January 2023
The 50th anniversary of the death of the most influential artist of the 20th century will explore all facets of genius, including his alleged misogyny...
Leer

13 September 2022
The King and Queen and the President of the Government inaugurate a programme of 42 exhibitions dedicated to the most important artist of the 20th century at the Reina Sofía.
Leer

A Franco-Spanish commission for the celebration of Picasso 1973-2023