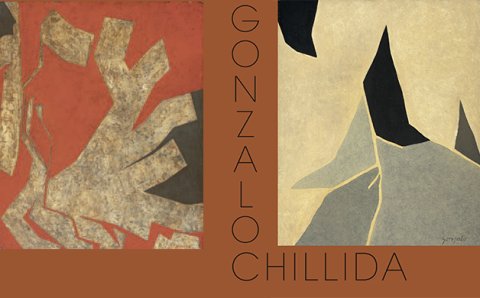 The exhibition, curated by Alicia Chillida and Miguel Zugaza, delves into the creative universe of Gonzalo Chillida  (San Sebastián, 1926 - 2008), an exceptional artist, whose fascination for the "North" and for a constantly changing nature, endowed an extraordinary spirituality his particular pictorial and visual style.

The exhibition brings together more than thirty works including paintings, photographs and lithographs, from important museums and collections in San Sebastián, Barcelona, Madrid and Bilbao, together with a documentary video directed by Alicia Chillida and Benito Macías.

The exhibition is scheduled for an international presentation at the Instituto Cervantes in Paris, Rome, and Tokyo, to end at the Bilbao Fine Arts Museum.

Gonzalo Chillida feels a very early vocation for painting. At the age of twenty-one he entered the San Fernando Academy of Fine Arts in Madrid. There he admires the Spanish paintings in the Museo Nacional del Prado (Zurbarán, Goya ...) and paints the sobriety of the Castilian landscape. In 1951, he settled in Paris for two years, living at the Colegio de España and participating in the artistic effervescence of the city. In 1953 he definitively returned to his place of origin, San Sebastián. The atmosphere of the Cantabrian Sea, its light quality and the tectonic force of its land will inspire Chillida's mature work: Arenas, Marinas, Bosques, Montes y Cielos will be his great thematic series.

He held his first exhibition in Madrid in 1964, at the Juana Mordó Gallery, where he came into contact with artists such as Saura, Sempere, Millares, Zóbel, Manrique ... A fundamental support for Chillida, who will always vindicate the importance of this moment in his career.

The fascination for "the North" will precipitate in Chillida's painting a place of spiritual purification through infinite variations of the specular, in which the sea draws a structure in the sand and the sky projects its light and image on it. wet mirror. It is Japanese poetry, through the brevity of haiku, that accurately embodies this process of capturing the transience of time, as the artist himself describes: "The sea retreats, the sky."

He accompanies the exhibition the catalogue with texts by the writer José Manuel Bonet, art and literature critic, exhibition curator and one of the most important experts in contemporary painting in Spain; Javier San Martín, historian, art critic and professor of 20th century Art Theory and History at the Faculty of Fine Arts of the University of the Basque Country; Aurora García, art historian, critic and independent curator; and an unpublished epilogue by John Berger, British writer, art critic and painter.